Dr. Mark Elbroch is a scientist, tracker, writer, and storyteller. He was born in Suffolk, England into a successful British-American collaboration, while his father was active US military stationed overseas. Mark’s grandfather was a great naturalist, and marched Mark through the local countryside, teaching birds, plants and such, in between recitations of poetry and periods of great silence. Mark caught his first rabbit in a butterfly net at the age of five, which he clutched close to his chest and paraded proudly around the house before releasing near its burrow. He has been catching animals of all sizes ever since.  Mark’s great uncle worked at the Natural History Museum in London, providing Mark and his sister the marvelous opportunity to roam behind locked doors, watch scientists clean dinosaur bones, and handle various specimens.

Mark’s current position is Lead Scientist for the Puma Program for Panthera (www.panthera.org), a global nonprofit focused on wild cat conservation. Mark’s research on mountain lions is contributing radical changes to what we thought we knew about the species, especially with regards to their social lives and their keystone roles in ecosystems. His work was the central storyline of the BBC film, Big Cats in High Places, and NatGeo Wild’s Cougars Undercover. He received a 2011 Robert and Patricia Switzer Fellowship for his past and potential environmental leadership, and was the recipient of the prestigious Craighead Conservation Award in 2016, an award honoring individuals whose work has achieved “lasting conservation outcomes.”

Mark Elborch was awarded a Senior Tracker Certificate by CyberTracker Conservation in Kruger National Park, South Africa, after successfully following lions across varied terrain. His certificate was the 17th ever awarded and the first to a non-African. Mark received an honorary Master Tracker Certificate in 2015 for significant contributions to the conservation of tracking knowledge and the trackers themselves. He has also authored 10 books on natural history, including several field guides to animal tracking that won National Outdoor Book Awards. Mark is also a regular contributor to National Geographic’s online blog, Cat Watch. 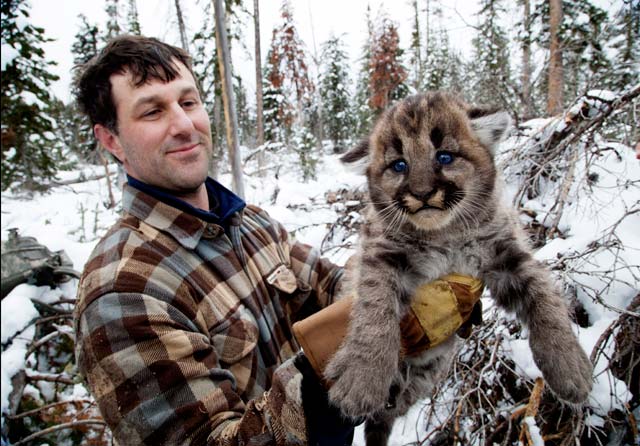 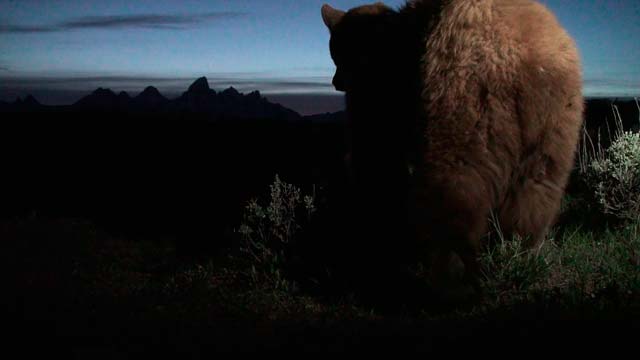 American black bear staring out towards the Teton Range, Wyoming.