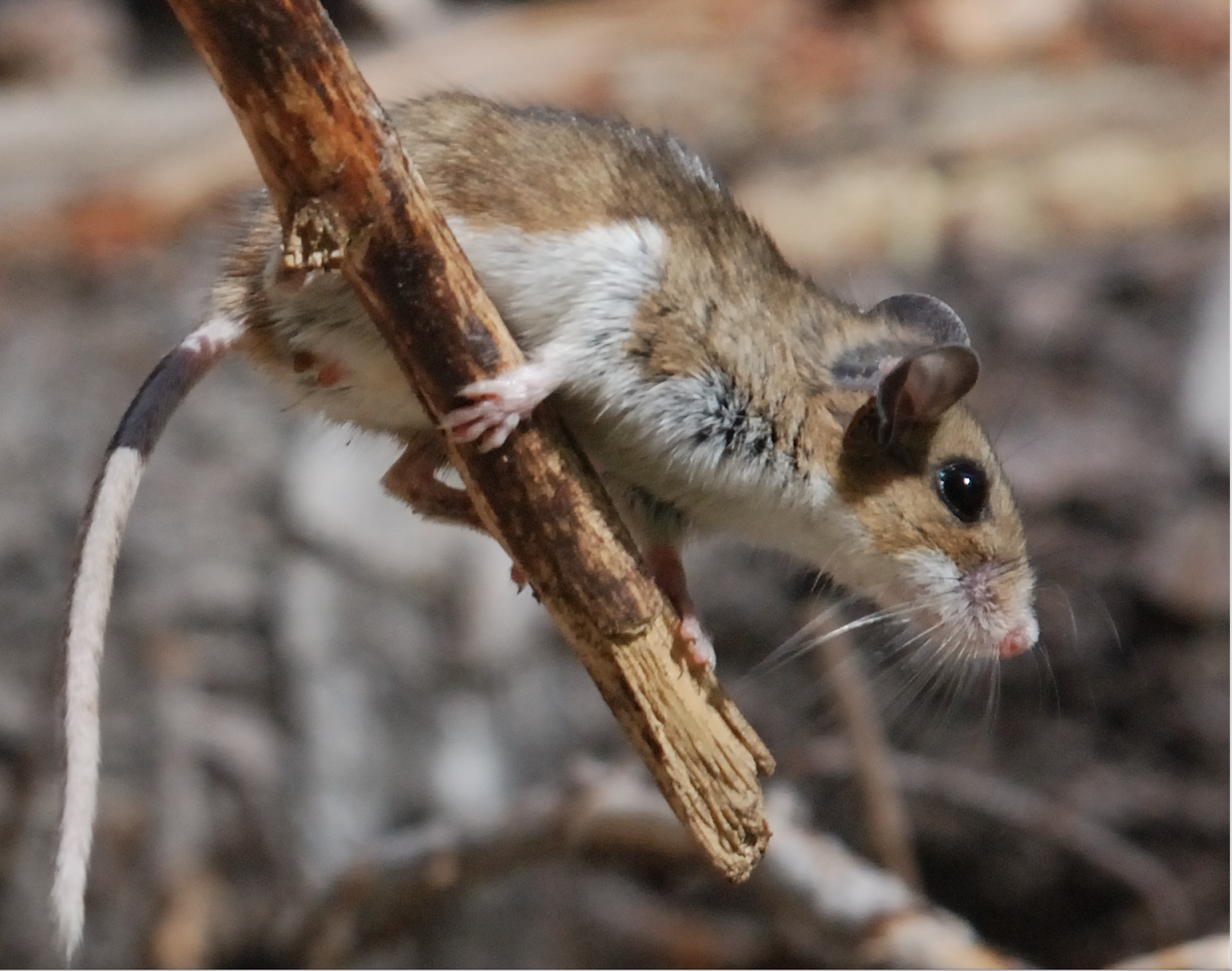 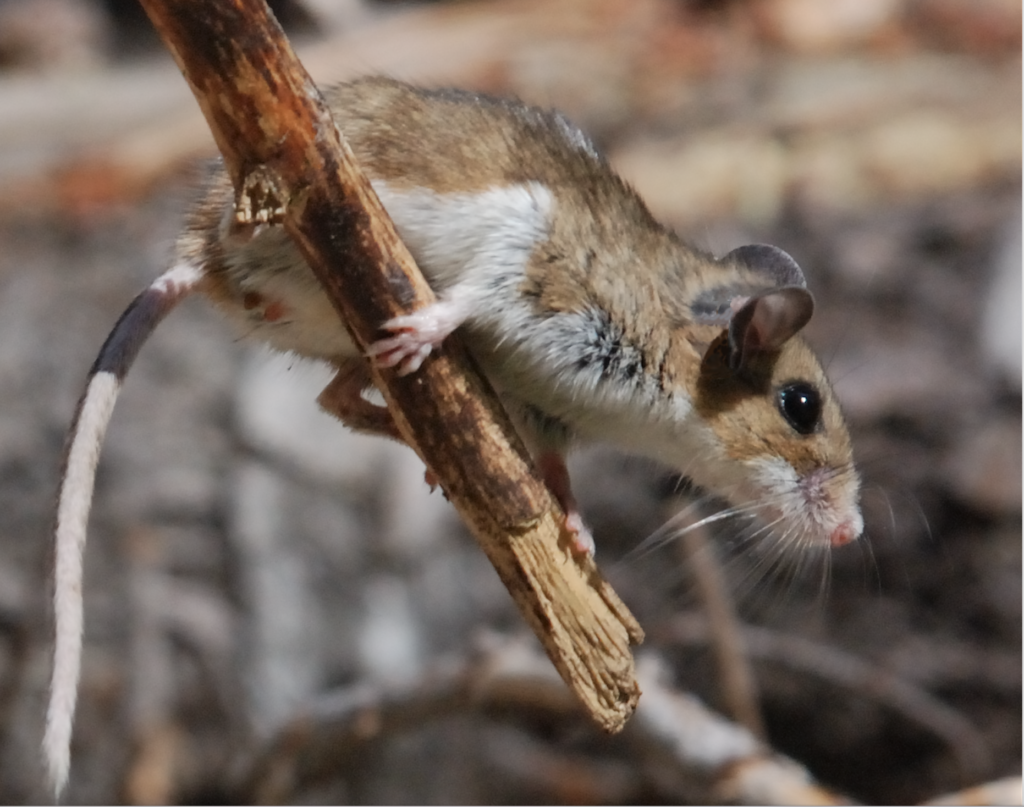 Many animal signs have eluded me and caused me concern over the years. House mouse (Mus musculus) footprints were one such sign—I expected I’d seen them, but wasn’t certain. Certainly house mice are supposed to be widespread in some environments, but I’d never actually seen one in the northern woodlands that have for the most part characterized my homes over the last 30+ years.

The answer was to gather footprints from captive mice, and work backwards I figured. With the help of Andy Stratton, we did just that. Their footprints, thank goodness, have some distinctive features and therefore I can be fairly certain that I’ve not often mistaken deermice or harvest mice footprints for those of house mice. With the exception of one important occasion, unfortunately—I misidentified house mouse tracks in the 1st edition of Mammal Tracks and Sign.

It ends up that house mice are well established in reserves and parks bordering San Francisco Bay, where they compete with listed salt water harvest mice. And this is exactly where I’d taken the photograph found on page 593 in the second edition of Mammal Tracks and Sign: A Guide to North American Species, written with Casey McFarland. I’d called them harvest mouse tracks in the first edition, but upon inspection, they clearly aren’t. One quick and easy distinguishing feature useful in their identification is that whereas harvest mice front and hind tracks are of similar dimensions, the hind footprints of house mice are distinctly larger than those of front tracks.

I’m thrilled to finally feel I’ve made some progress with this elusive critter. One box checked, hundreds more to go! 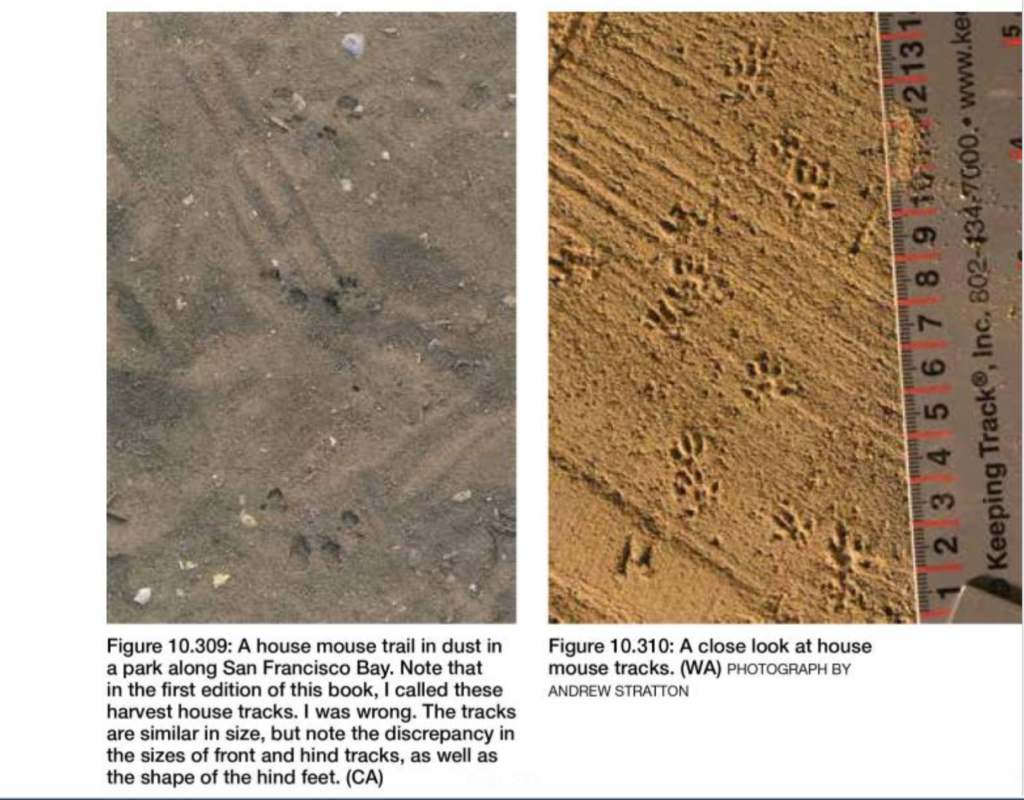 Page 593 in the new edition of Mammal Tracks and Sign where I confess my mistake in the first edition–these are footprints of house mice not harvest mice.

Read Mammal Tracks and Sign, 2nd edition for additional details about house mouse tracks, and countless other tidbits to refine one’s observations in the natural world. The book is slightly taller and wider than the previous edition, but more slender. It feels better in the hand I think. Its just slightly more than 2.8 lbs, or weighs nothing at all as a Kindle file.

It’s dense. The designers really packed it in there, trying to save space everywhere possible to reduce the length of the book. Many images are smaller than I would have liked, but that’s just because I think tracks and sign are beautiful. Educationally, they should suffice.

The contributions of so many other people really elevated this edition to another level. Thank you everyone. Chris Hass shared so much about coatimundis, Preston Taylor and Matt Nelson shared amazing things about wild pigs, and numerous biologists contributed amazing images to expand the chapter on interpreting prey remains. And my CyberTracker evaluator and Specialist colleagues, Jonah Evans, George Leoniak, Dave Moskowitz, Kim Cabrera, Michelle Peziol, and Connor O’Malley contributed so much as well. And that’s just for starters… so many others contributed as well. Thank you all.

Link to the book on Amazon

Link to book on Barnes and Noble 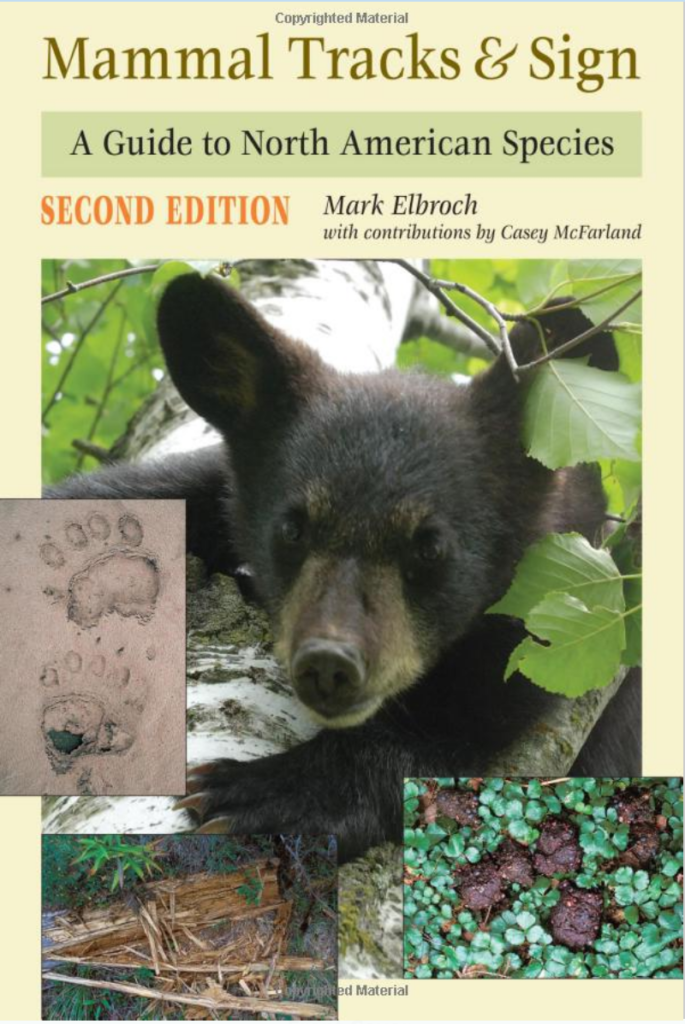